When the comic strip Annie was retired from the comics page in 2010, the story-line left readers with a cliffhanger with Annie in clutches of a war criminal known as “The Butcher of the Balkans.” The assassin promised he wouldn’t kill Annie, but she’d spend the rest of her days with him on his “deadly travels.”

Fast-forward nearly four years and Dick Tracy cartoonists Mike Curtis and Joe Staton are picking up the storyline. On June 1st the comic strips Annie and Dick Tracy are colliding as “Daddy” Warbucks hires Dick Tracy to pick up the trail and find his daughter.

According to Curtis, it turns out that after some time spent fruitlessly searching the world for his beloved adopted daughter, Warbucks has decided to enlist the help of the only man who can rescue Annie: Dick Tracy.

“As a lifelong admirer of Annie, I felt the need to unravel her disappearance,” says Curtis, who’s helmed Dick Tracy with Staton since March 2011. Curtis’ previous writing credits include Richie Rich and Casper the Friendly Ghost for Harvey Comics.

“Joe and I have planned Annie’s rescue for some time, and we’ll deliver action-packed, over-the-top thrills and chills as the two features combine their casts for what we hope will be the most historic tale in comic strip history,” Curtis says. 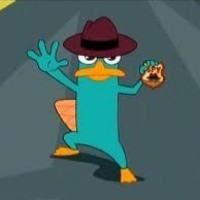 This is the official website of Eisner Award-winning cartoonist, comic book artist and children's illustrator, Joe Staton. Joe is best-known for his decades of work on DC Comics characters like Batman, Green Lantern, The Huntress, Plastic Man and the Justice Society of America, his co-creation (with Nicola Cuti), E-Man, and many popular "all-ages" comics like Jughead and Scooby-Doo. He is currently the artist on Tribune Media Services' long-running newspaper strip, Dick Tracy. (Click on the image above to read today's strip!)